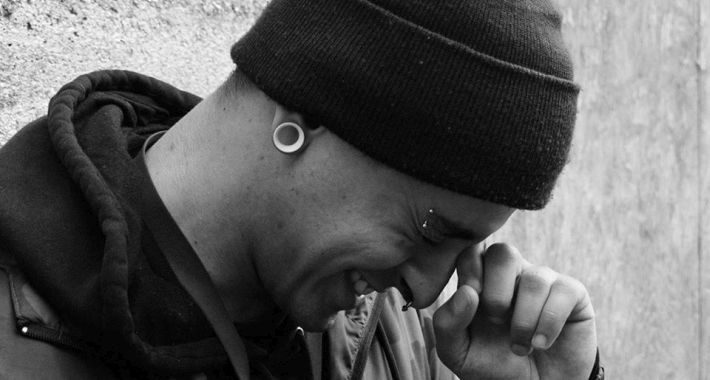 Kumarion made an almost instant name for himself when he dropped his first track, “1984,” on Reid Speed’s Play Me Too label in December last year. The neuro/jump up fusion banger was an instant club hit stateside and it even made its way into a few UK and Euro DJs’ sets. After a few more groundbreaking releases including a collab with LEVIT∆TE, Kumarion is returning to Play Me Too with a new funky, fun halftime track called “Stuntin.”

In his short track history, fans have already learned that Kumarion likes to play with tempo. It’s not often the bass scene sees an artist go from D&B to halftime to fast dubstep at 160 to 124 and back to halftime right out the gate. It speaks volumes about Kumarion’s technical talent. He’s also go a lot of diversity of sound in terms of where his synths, beats and samples come from. “Stuntin” is completely different from everything Kumarion has done before and it’s likely to continue that way as he makes more tracks.

The vibe of “Stuntin” is a combination of funk, hip hop and dark, heavy bass. One might say there’s an Ivy Lab or Shades influence and that would be a decent assessment, but not the whole thing. The hip hop and bass elements are both markedly different. Kumarion is from Seattle and that explains a lot. This track is dripping with northern west coast hip hop and darkstep influence and there’s no mistaking it.

The area from San Francisco to Seattle has had its own sound both in hip hop and bass music for decades and, while it’s unfortunate that the funky Seattle flavor hasn’t hit as hard as grunge did back in the 90s, it makes for a very distinctive flavor. In “Stuntin,” it’s not so much about the vox sample but more about how the track moves and the way Kumarion applies the bass synths to it. It’s dark and techy at the same time, full of glitches and static but also heavy, emotive and inimitably cool.

Reid Speed made a good call when she snapped up Kumarion for his first single and she’s made another one with “Stuntin.” If this is the level the Seattle upstart is jumping off from, he’s poised to become another major bass music “stunter.”

“Stuntin” drops tomorrow, March 20 on Play Me Too records. Click here to pre-order and pre-stream.